Written by Gossipghana on January 2, 2013 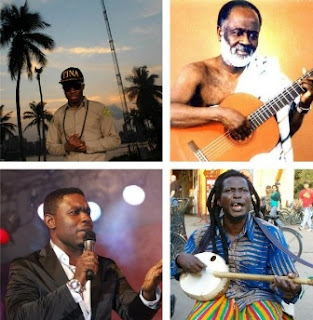 All four Ghana representatives at the 12 edition of the KORA Music Awards, held over the weekend in Cote D Ivoire, failed to win in their respective categories.

The Kora Awards finally took place Sunday night in Abidjan, after string of hitches, which the organizers say was due to a heavy downpour, delays in the delivery of musical equipment and the late arrival of star artiste, Chris Brown.

Brown finally arrived in Abidjan on Sunday morning with his girlfriend Rihanna, early enough for the peace concert and the award night.

“But he never made the award night, where he had been billed to perform. And he initially refused to perform at the Peace Concert because the stadium was half empty,” news sources say.

Summary of other Award Winners:

The KORA Awards was founded in 1994 by Ernest Adjovi, a businessman from the Republic of Benin.