#FifaWorldCup: Fifa To Launch Investigation Into Germany Fans In Black Make-Up During Match Against Ghana 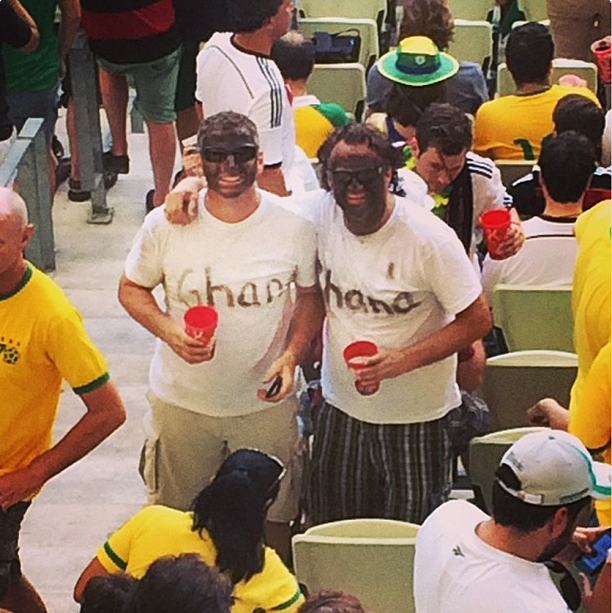 During the match, which finished as a 2-2 draw, a German fan with pro-Nazi messages written on his body evaded stewards and invaded the pitch. He was eventually led away by the Ghana midfielder Sulley Muntari.
The European anti-discrimination network Fare had previously submitted a complaint to Fifa over several neo-Nazi banners displayed at matches involving Russia and Croatia.
“If something like a banner is spotted, it will be removed,” the Fifa spokeswoman said. “If something is not spotted and someone has images of it, then if anyone submits evidence of those things then our disciplinary committee will consider it. We clearly have zero tolerance of any form of discrimination.”
Source: theguardian.com