van vicker, uche jombo and others detained in lagos 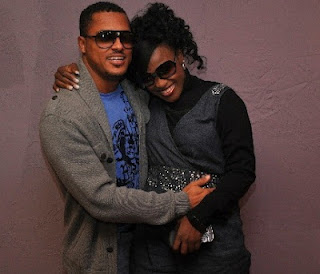 Popular movie actor, Van Vicker was on Thursday, May 3, 2012, involved in an incident with law enforcement agents, leading to his detention at a Police Station in Surulere, Lagos State.

The Ghanaian actor, in company of colleague and star actress, Uche Jombo, among others, were detained at the Bode Thomas Police Station of the force during shooting of a movie within the area.

According to reports, the actors were shooting a scene of a movie which required the use of a Police Station and props, but were halted in the process by policemen from the Bode Thomas division of the force for vague reasons.

Actress Uche Jombo drew public attention to this latest development through a couple of posts on micro-blogging site, twitter.

‘So we are at the Bode Thomas police station watching this whole police location drama play out! #I weep for Nigeria‘, she wrote, and followed up with; ‘@uduakisong, @uchejombo, @ranigiseleVan@bobbyobodo, others are being unlawfully held at Bode Thomas police‘, she wrote.

Speaking to NET reporter, a crew member of the movie, who was herself among those detained by the police throughout the night at the said station, gave her account of event.

‘We were actually shooting a movie inside a police station, at Babs Animashaun (street in Surulere) for which we had already gotten clearance from the DPO for, when suddenly at about 9 pm, these policemen from Bode Thomas came and disrupted it.‘

However, in contrast to the above statement, the publicist to the actors, speaking under condition of anonymity, stated that the actors, along with the remainder of the cast and crew were actually arrested by the police, who detained them throughout the night.

‘What I can tell you as a matter of fact is that Van Vicker, Uche Jombo along with other members of the cast and crew were actually arrested by the police from that Bode Thomas station, and were detained behind the counter‘.

‘Those police people are notorious for such acts. They disregarded the fact that we had clearance to shoot the scene within that station apparently to show that they were superior‘, she further stated.

Asked what was the reason given by the police for the arrests, she replied; ‘they said that the actors were always giving the police force a bad name and above all, did not receive appropriate clearance before going ahead to use that station to shoot scenes of their movie. It had to take the intervention of certain people, and I don’t want to give names here, to secure their release‘.

Upon inquiry by this reporter at the said Bode Thomas station, the police refused to divulge any information as to why the actors were arrested. They also prevented the reporter from gaining access to the DPO in a bid to seek more information.

‘Mr Journalist, we have told you that they have been released early this morning, there’s nothing more to tell you‘, a corporal at the front desk, who cleverly shielded his name tag with his hand, stated rashly.

This incident comes on the heels of a reported arrest of Mr Vicker by the SSS for possessing dangerous weapons, which eventually turned out to be dummy guns, apparently for use as props for a movie.

He was reported to have been arrested by some men of the State Security Services(SSS) at the airport in Nigeria when the guns were found in his luggage.

He then told the SSS that the guns were props guns brought in for a movie, but had to spend the night in police custody in Ikoyi until actress Uche Jombo helped with his release following day.