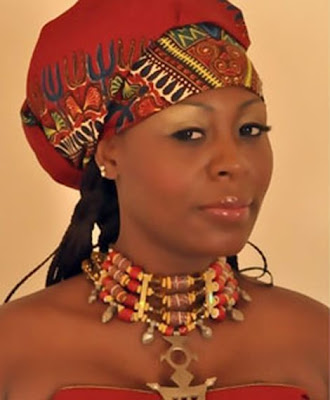 Socialite, Entrepreneur and Ghana’s representative in the Big Brother Amplified House, Confidence Haugen, is reported to have been attacked by three heavily armed robbers, according to credible information reaching us.

Reports gathers that the Aphrodisiac Night Club CEO was attacked in the early hours of Wednesday March 13, at about 2:30 am at her Dzorwulu office in Accra. According to the source, the robbers, who appeared quite stout and well-built, wore face masks and came riding on motor bikes.

“At the time of their operation the whole area was very quiet because it was a Tuesday night going into early Wednesday morning. The club was not opened and no event was on-going,” the source narrated.

The armed robbers, blocked the street leading to the club with their motorbikes with the engine still purring. While one of the robbers kept watch at the entrance, the two others entered the compound leading to the main building for the operation but were said to have met some fierce resistance from the security detail at the place.

A shootout then ensued but it is not too clear who fired the shots or whether anyone was hit.

“The robbers proceeded to enter the yet to be opened Konfidence shop also located within the Aphrodisiac building where the labeled Konfidence shoes, bags and accessories would be exclusively sold and made away with some items,” the source told Peacefmonline.com.

General Manager of Aphrodisiac Night Club and Confidence’s right hand man, Mr. Johnny, confirmed the incident to Peacefmonline.com a short while ago. According to Johnny who was present during the whole episode, the robbers also made away with a large size flat screen Television set which they surprisingly carried on their motor bike, some Ipads and mobile phones among other items.

He also disclosed that though Confidence was in the building when the robbery incident occurred, she is now safe and sound.

“She is fine, nothing tragic happened to her,” he added.

Johnny, who also confirmed hearing the firing of gunshots during the incident, however, refused to provide any additional detail saying the case has been reported to the Airport Police Station who have already started investigations into the matter.

Peacefmonline.com is reliably informed that the very flashy Konfidence Shop located within the Aphrodisiac building, the latest addition to the busty socialite’s line of businesses, was evidently the target of these armed robbers since that was the only place they broke into.

john paintsil claims journalists were paid to destroy him