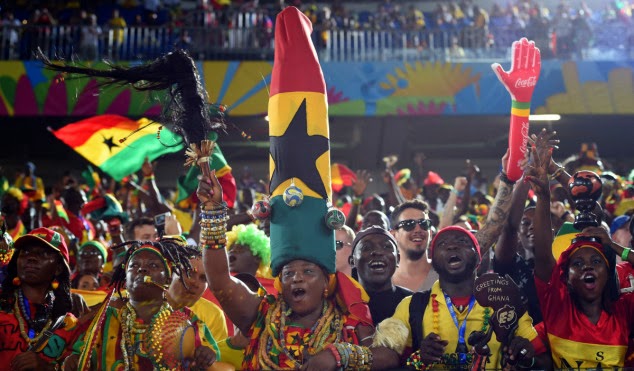 Ghana has asked the Brazilian government to deport the 193 Ghanaian football fans seeking asylum in that country as soon as their Visas expire.

Government has begun working the diplomatic channels to get the football fans who have embarrassed the nation by seeking asylum in Brazil, sent home, according to the Foreign Affairs Ministry.

The fans who were flown by government to Brazil to support the Black Stars in the 2014 World Cup tournament there, have argued that they are Muslims fleeing inter-religious conflicts in Ghana.

The Brazilian government is reported to be considering their asylum application. But the Foreign
Affairs Ministry in a statement said these individuals simply do not want to return to Ghana and must be deported.

Government on Friday denied the claim of the fans and ordered the Embassy in Brazil to liaise with authorities there to investigate the development.

“Government states for the record that the basis for this alleged request is completely false as no religious conflict is taking place in Ghana,” a government statement noted.

“We do not believe there is any reason that can be advanced to support their asylum status [in Brazil]…We’ve made our position clear but it’s left with the Brazilian government to decide,” Mr. Kojo Christian stated.

Meanwhile, International Relations expert, Dr. Vladimir Antwi Danso says government has every right to get the Brazilian authorities to refuse the application for asylum.

“They were transported there for a specific reason and for them to go there and seek asylum on unfounded ground, the government has every right to react the way they have reacted,” Dr. Antwi Danso told Evans Mensah.

According to him, “…the only obligation the Ghana government owes them [fans] is because they hold Ghanaian passports”.