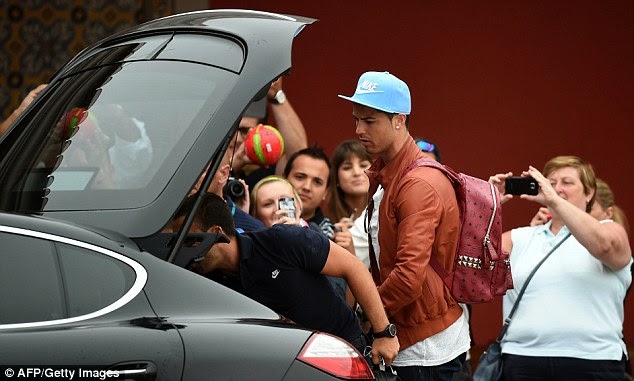 Ghana’s world cup Group G opponents Portugal received a timely boost to their preparations with the announcement that Cristiano Ronaldo and Raul Meireles are set to join the team in training having recovered from separate knocks.

The issue of the availability or otherwise of Ronaldo has resonated around the world since his injury came to light, but the Portuguese Football Association has put the issue to bed with a statement indicating his return to training.

Remaining in the Black Stars camp, coach-Kwesi Appiah has announced that his lack of depth in defence would be covered by the presence of versatile midfielders like Michael Essien and Kwadwo Asamoah.

The injury to Jerry Akaminko and exclusion of left back Jeffrey Schlupp means the Ghanaian squad is a little thin at the back, but in defiant tones Kwesi Appiah told the press at the team’s base in Miami that he had other options.

“It’s always important that when you are going for such competitions, you pick players who can play in different positions. You don’t pick players who are competent in playing in only one position” Appiah said.

This raises questions over why Schlupp, who is a natural left-back was not chosen; and whether it is worth wasting our most creative player as a left-back?

I do not know how much of a better idea playing Essien as a center back is, as he seems not to have lost his penchant for bombing forward into attack at the most inopportune moments.

Kwesi Appiah is obviously the boss, and Ghanaians have no choice but to trust in his brilliance to lead the Black Stars to glory. However, in the proverbial ‘Group of Death’ Ghana finds itself in, the margin for error is going to be a very small one, and I do not see how putting square pegs in round holes can advance the cause of the Black Stars.

#BreakingNews: Cameroon National Team Refuse To Board Plane To Brazil After Dispute Over Bonuses #Brazil2014