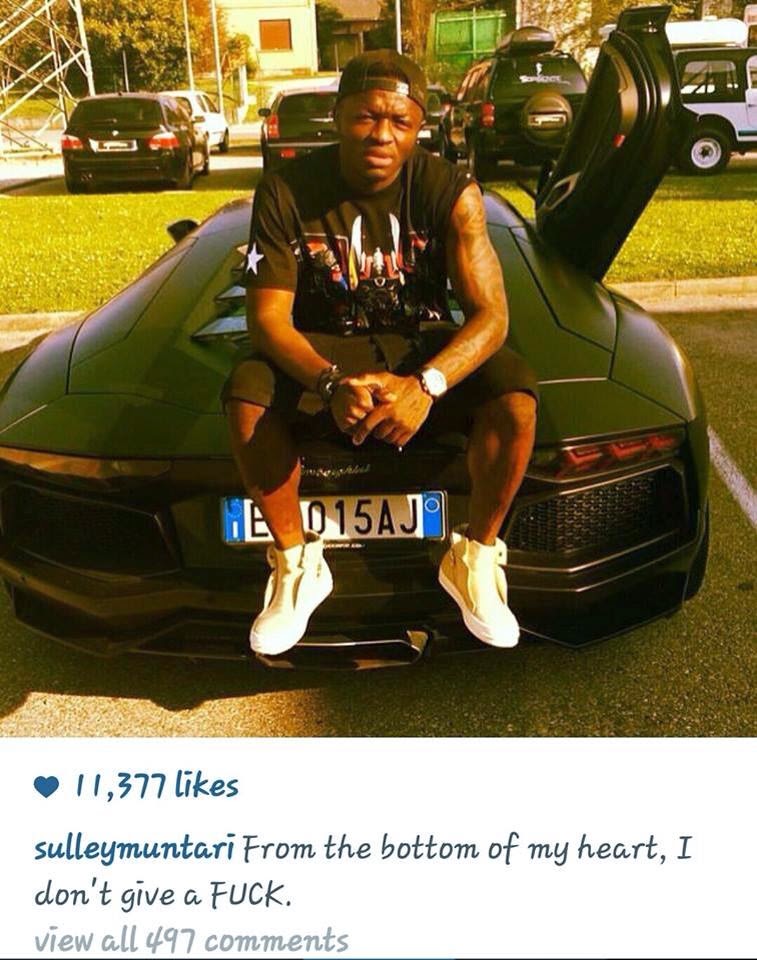 Ghanaian midfielder Sulley Muntari has officially maintained that he has no regret for his action which led to his indefinite suspension from camp last Wednesday.

According to the AC Milan player, he is not worried over his cantankerous attitude which triggered an alleged slapping of Moses Parker, a team official in the face – and threatening other members of the coaching staff with a broken bottle.

The player made these bizarre remarks when he wrote on his Instagram wall saying “From the bottom of my heart I don’t give a f@#k”.

Meanwhile, some Ghanaians including his Godfather Alhaji Karim Grusah have condemned Sulley Muntari for his indiscipline act.

They maintained that the player should not be invited to play for the national team again to set a precedent for future players.