#GPRTU To Suspend Drivers Who Over Charge 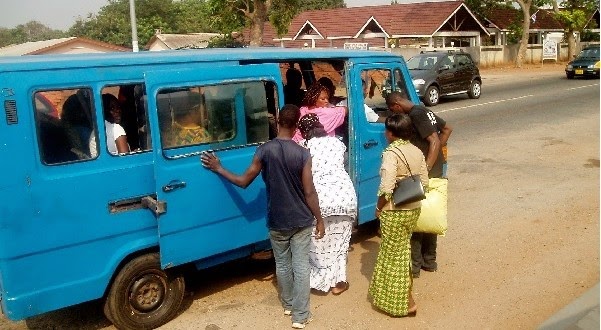 The Ghana Private Road Transport Union (GPRTU), Greater Accra Regional Secretariat, on Monday warned that any commercial driver who charges more than the 15 per cent vehicle fare as announced would be suspended for three months.
Mr Edmund Amartefio, GPRTU Senior Industrial Relations Officer (IRO) told the GNA in an interview that all commercial drivers through their respective branch unions had been served with the new fare; “but anyone who attempts to take advantage and exploit passengers will be dealt with.

“We have warned drivers not to charge beyond the specified amount as failure to do so will result in a three months suspension for such drivers as stipulated in the constitution of GPRTU,” Mr Amartefio said.

He said GPRTU branches across the country had been informed and advised to strictly adhere to the 15 per cent.

Mr Amartefio also called on passengers to be vigilant and report any driver or mate who would attempt to charge beyond the approved fares to GPRTU branch officers.

“Any driver who goes contrary to the directive we urge passengers to take their registration numbers, the route they are plying and report to GPRTU authorities for the necessary measures to be taken,” he stated.

At the time GNA visited Tema station on Monday, it was noticed that even though authorities of GPRTU had not provided drivers with the new list of transport fares, drivers were charging the new 15 per cent increment.

Mr. Adjei Boye, a trotro mate told the GNA that “we used to charge GH₵2.60 but now charging GH₵ 3.00 from Accra to Ashaiman”.

Metro Mass Transit (MMT) Limited has announced that its transport fares across the country would remain unchanged despite the 15 per cent increment in transport fares.