I Warned Asamoah Gyan About Impending Doom, But… – Odeyifuo Acquah 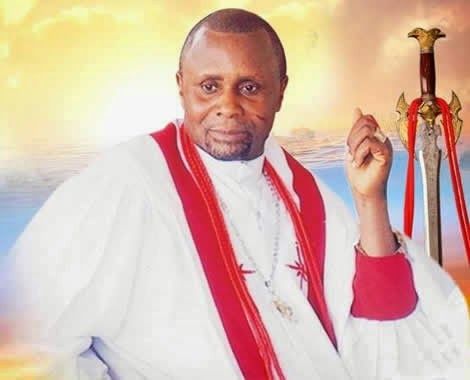 President of the Spiritual Churches of Ghana who is also the Leader and Founder of Church of Bethesda at Anyaa in Accra, Odeyifoò Philip K Acquah, has revealed that he made strenuous efforts to reach out to Black Stars captain, Asamoah Gyan in Brazil during the World Cup to inform him about an imminent bad omen likely to befall him when the team arrives in Ghana.

Odeyifoò Acquah explained on Okay fm’s “Adeakye Abia” Show on Monday that though Asamoah Gyan received the information, the Al-Ain Striker never made any efforts to get back to him.

He disclosed that the information regarding the impending doom, was relayed to Gyan by a colleague player in the Stars’ camp, Afriyie Acquah.

The Leader and Founder of Church of Bethesda noted that he was not surprised about Gyan’s association with the sudden disappearance of Castro and Janet at Ada about nine days ago. He therefore said if the Black Stars Captain had contacted him the tragedy might not have occurred.

The man of God expressed his belief that Castro and Janet have passed-on and thus urged the Ghanaian people to ignore the numerous claims by spiritualists that the two are in the bosom of Maame Water and have the wherewithal to bring them back to life.

Odeyifoò Acquah, who has for some time now been praying for the nation to counter any demonic attack on Ghana, urged footballers and every Ghanaian not to ignore prophecies on their lives, but rather take steps to parry any looming danger on them.

Former President Rawlings, it would be recalled, recognised the man of God’s spiritual contribution to the country and bestowed on him the MOST SENIOR PROPHET with the former president’s signature appended to the certificate.