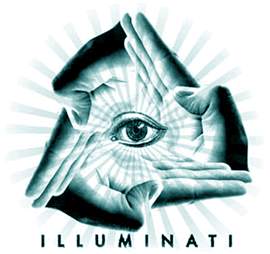 Management of BET award winner Sarkodie ‘Obidiponbidi’ has officially responded to widespread rumors that the artiste is a member of the Illuminati secret society, a dreaded cult believed to have the power to control the world and also bring fame and fortune to its members.

Though many people doubt the existence of an ‘Illuminati Society’, the mere mention of the name is enough to generate discussions.

Some of the world’s greatest musicians including Jay Z, Beyonce, Michael Jackson and Rihanna have been reported as members of this cult.

Members of the group have also been touted as Satanists and semi anti-Christs and unfortunately, the rising fame of Ghana’s Sarkodie and his success in the music industry are being linked to Illuminati.

In what appears to be an attempt to lay the issue to rest once and for all, Sarkodie’s manager, Sammy Forson has given an official response. “How do you even know when a person is an Illuminati member? Is it when you do a particular sign or what?

It is funny. It is funny. Seriously Sarkodie is not into Illuminati or belongs to any secret society or cult.

“Sarkodie is a strong Christian who believes in God, who prays a lot, who goes to church and believes in the power of the Holy Ghost and that is what it is.

I have worked with him for a very long time and I have prayed with him all this while.

I have seen him in church, I have seen him outside church and all of that so whatever he is today is a testimony of what God can do when you give your life to him and for me, being an insider and working with him, you can call him whatever you want to call him but knowing him, he is just a young man who believes in God and that’s it”, Sammy Forson noted in an interview with Jon Germain, host of the Allo Tigo show on Metro TV.

Sammy Forson added that Sarkodie would not trade his Christian faith and principles for anything; therefore he joining the Illuminati was an absolute impossibility.

Sarkodie recently made history when he won the 2012 BET award for Best International Act (Africa) at a ceremony held at the Shrine Auditorium in Los Angeles.

He is the very first Ghanaian to have won an award at the BET awards.

Though Kojo Antwi and D-Black had been nominated in previous BET awards, they could not win.

The Tema-based rapper also won artiste of the year at this year’s Ghana Music Awards (GMAs).

He won the same award in 2010. He also won best rapper of the year award and most popular song of the year for ‘You Go Kill Me’, on which he featured EL of ‘Obuumo Ona’ fame at the 2012 GMAs.

In fact, the ‘You Go Kill Me’ beat and instrumentation was produced by EL.