“I’m back on radio with new ideas to meet the challenges ahead.” mikki osei berko 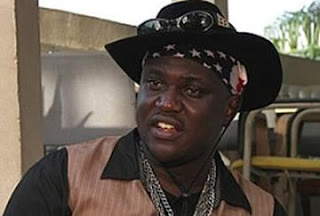 Mikki Osei Berko, one of Ghana’s brilliant broadcasters who has carved a niche for himself when it comes to the Ghanaian radio and television landscape, has returned home from UK.

Mikki Osei Berko, known in the showbiz scene as Master Richard was featured prominently in the popular television series Taxi Driver, and as Dada Boat, in Dada Boat, producer by Media Gold Productions, the executive director.

Before he left the shores of Ghana a couple of years ago, Mikki Osei Berko worked extensively with Radio Gold, an Accra-based private radio station, which he left in July 2003 to join Happy FM, also in Accra and then relocated to Kessben FM.

Osei Berko, in a chat with Beat-Waves last Sunday, said he was back on the airwaves with determination to satisfy listeners. According to him, he would work tirelessly to make his programme a unique one on radio adding, “I’m back on radio with new ideas to meet the challenges ahead.”

He described himself as someone who was highly motivated, determined, confident and thrived on challenges.

He hinted that he reacted positively to responsibility and enjoyed participating in team projects, whilst being more than confident in his ability to work towards a solution single-handedly when the need arose.

He told Beatwaves: “Radio is all about creatively and direction. I have studied the trend of the radio industry in Ghana and ready to go extra mile to meet the demands of radio listeners.”

One time assemblyman for the Ayidiki electoral area, Accra Newtown, Mikki has promised radio listeners he was back on radio with new developed skills and would soon change the trend of drive time on radio.