Kwasi Appiah Fails, As Ghana Kicked Out Of World Cup 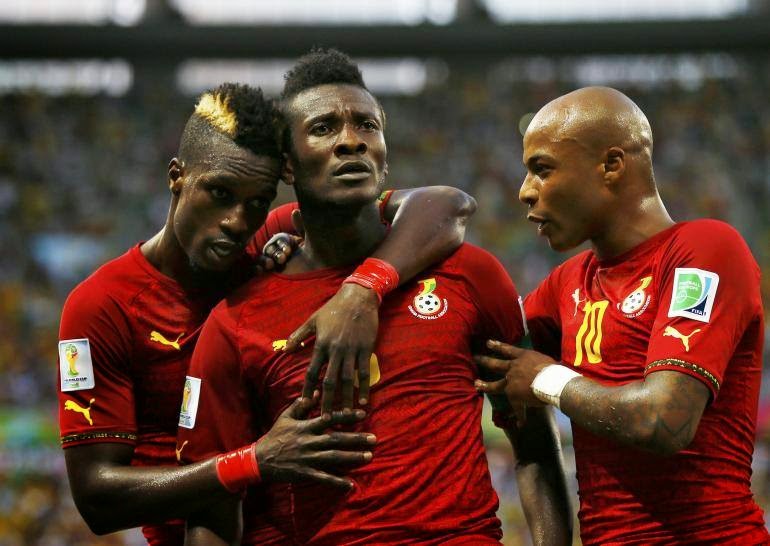 The Black Stars of Ghana are out of Brazil 2014 following a 1-2 defeat to Portugal in final Group G game in Brasilia.

A Christiano Ronaldo late goal ended any hopes of a third straight knockout round qualification for the Black Stars.

Gyan equalised with a header late on in the second half after John Boye’s bad clearance ended up in his own net in the first.

Even though USA were piped by group winners Germany in the group’s other game, the two still qualify into the knockout stage of the competition.

Ghana needed a favour from Germany in order to get any realistic chance of qualifying and when the favour came it was the Stars who failed to impress.

In the 30th minute, John Boye mistimed his clearance from a Veloso cross on the left with the ball taking an awkward bounce off his knee into his own net with Fatau Dauda looking on.

The Stars were far from impressive but on few occasions caught the Portugal defence  napping. Harrison Afful on two occasions made a rampaging run on the right but his final delivery left much to be desired.