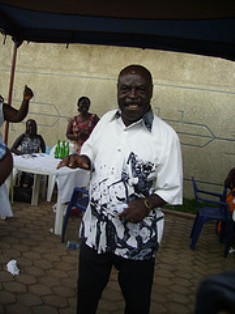 Reports reaching ‘Razz’ has it that legendary actor, Mac Jordan Amartey is seriously ill and has had one of his legs amputated.
The ace actor is said to be suffering from a chronic form of diabetes which affected his leg, prompting doctors to cut it off.
Mac Jordan is well noted for the use of ‘big’ English words in his movies and known also for his tiff with another actress Grace Nortey in almost all the movies the two starred in.

He has been in the industry for so many years, appearing in the all-time favourite ‘Idikoko’ series, TV Theatre productions and numerous Ghanaian films.