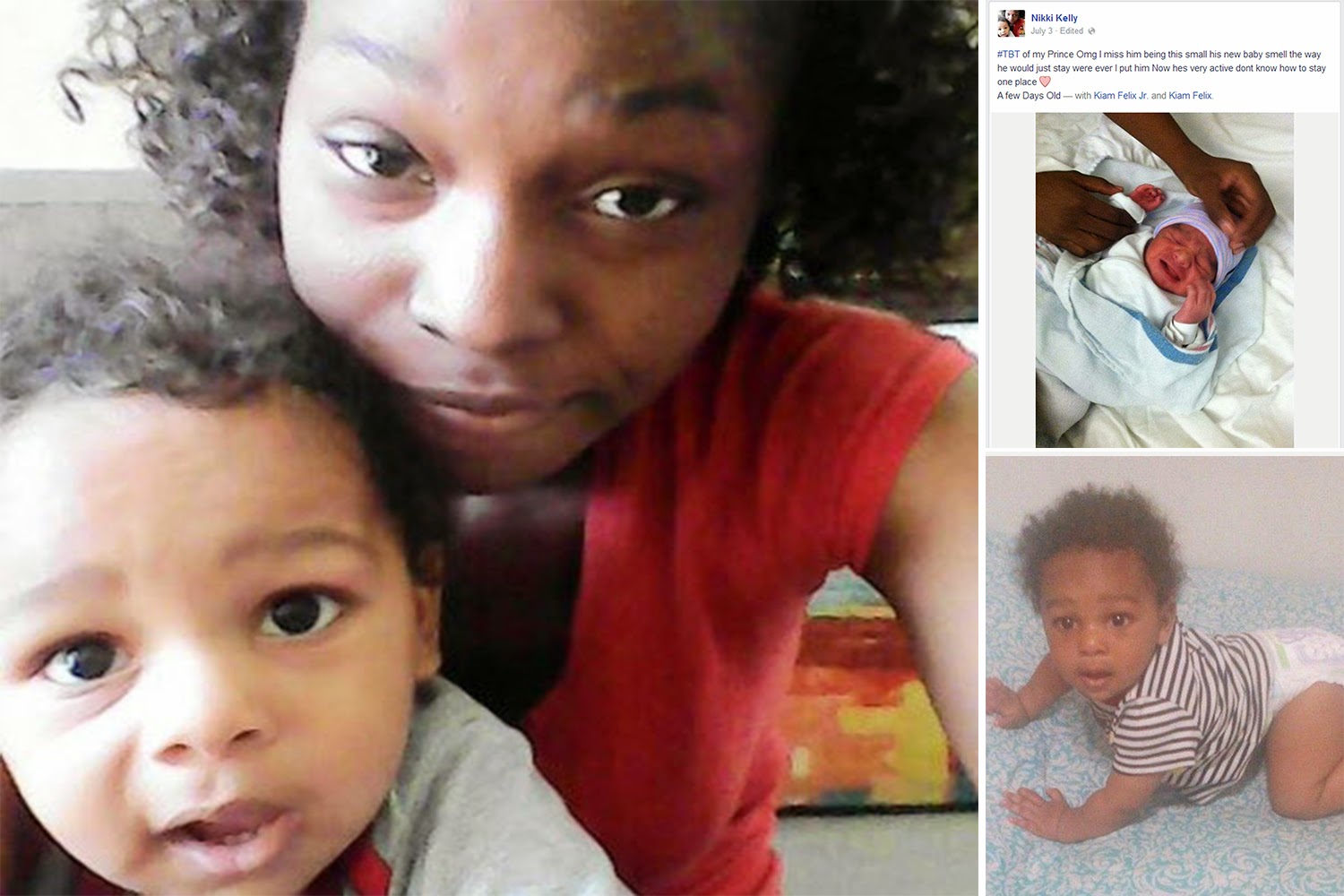 22-year-old Nicole ‘Nikki’ Kelly, from Queens, New York, has been charged with the second degree murder after she allegedly suffocated her 11-month-old son, Kiam Felix, Jr.

‘I reached my breaking point, I didn’t want him anymore,’ she apparently told police.

Afterwards, she reportedly posted a photograph of her son’s corpse on her Facebook page, with the message ‘R.I.P Tinkabutt’.

Kiam was pronounced dead at Elmhurst Hospital on Sunday after being taken there by Kelly and the father, who lives separately.

Police said that Kelly, a former Home Health Aide, killed Kiam by wrapping him in a bed sheet, leaving him unable to breathe, according to Pix11.com.

Queens DA Richard Brown said that she left him alone for half an hour to die.

A neighbour said that when the boy’s father, Kiam Felix Sr, who is not suspected of being involved in the death, arrived at the house there was a great deal of shouting.

The unnamed resident told The New York Post: ‘I could hear him yelling, “I’m not waiting for the f****** ambulance, he’s not breathing!”‘
Kelly’s unnamed housemate, from whom Kelly rented a room, told Pix11.com that Kiam was dressed in a white-collared shirt, tie and pants, when he was taken to hospital – and a picture of him dressed like this appeared the next day on Kelly’s Facebook page.

There is widespread speculation, therefore, that she had posted a picture of Kiam’s lifeless body.

Along with the photograph carrying the ‘R.I.P’ headline, Kelly left a message that read: ‘Missing my baby boy so much wish there was some way I could bring him back to life. I feel horrible knowing he passed away Am his Mother I was supposed to protect him I know his spirit will always be around me.’