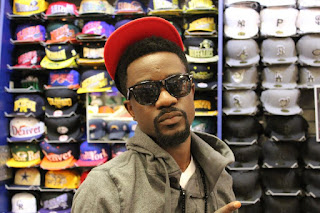 Ghanaian rapper, Sarkodie stays winning as he bagged the Headies Award for Best African Act at the well attended ceremony which took place at the expo hall of the Eko Hotel and Suites in Lagos, Nigeria on Saturday, October 20.

The big winners on the night included Wizkid, Vector and P-Square with two nods apiece.

Rapper Vector might received his first ever ‘Headie’ in the ‘Best Rap Single’ category for his hit ‘Angeli’ featuring 9ice, as well as the ‘Lyricist on the Roll’ award.

The night also saw Psquare returnig to the Headies’ honours list after a two-year hiatus. Their ‘Invasion’ album won ‘Album of the Year’ and ‘Best R&B-Pop Album’.

In addition, elder brother Jude Okoye also received the award for ‘Best Music Video,’ beating tough competition from Clarence Peters. The ‘Artiste of the Year’ went to EME signee Ayo ‘Wizkid’ Balogun. The 22-year-old was also awarded the ‘Revelation of the Year’ award.

Revelation of the Year – Wizkid

Recording of the Year – Brymo – Ara

Lyricist on the Roll – Vector – Angeli

Artiste of the Year – Wizkid