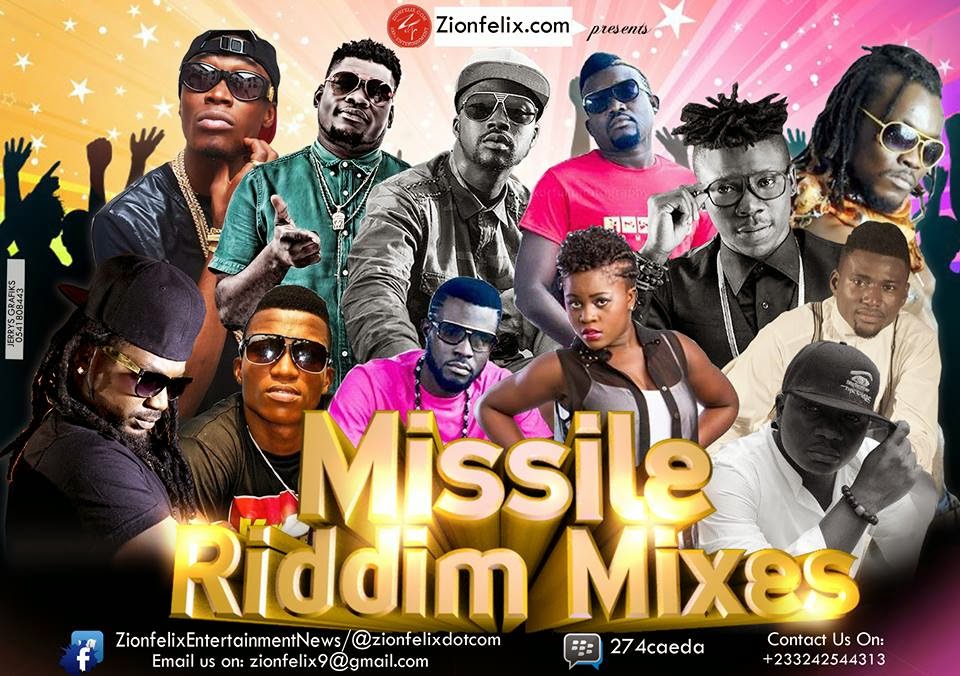 Ghanaian blogger Zionfelix of Zionfelix.com has finally released his mixes of the JMJ produced beat Missile Riddim. The 27 minute compilation features 12 Ghanaian artistes. The nonstop music is to make music lovers shake their body during this World Cup season to support the senior national team, Black Stars.
According to Zionfelix, The ‘Missile Riddim Mixes’ is dedicated to the senior national team Black Stars and Mavis Ama Mawuli, a second-year student of the Nurses Training College (NTC) in Ho who died on the spot when the

bus on which she was travelling in on her return to Ho from an educational tour at Mampong Akuapem was involved in an accident near Adukrom on the Akwapim Range in the Eastern Region last Friday, June 6.