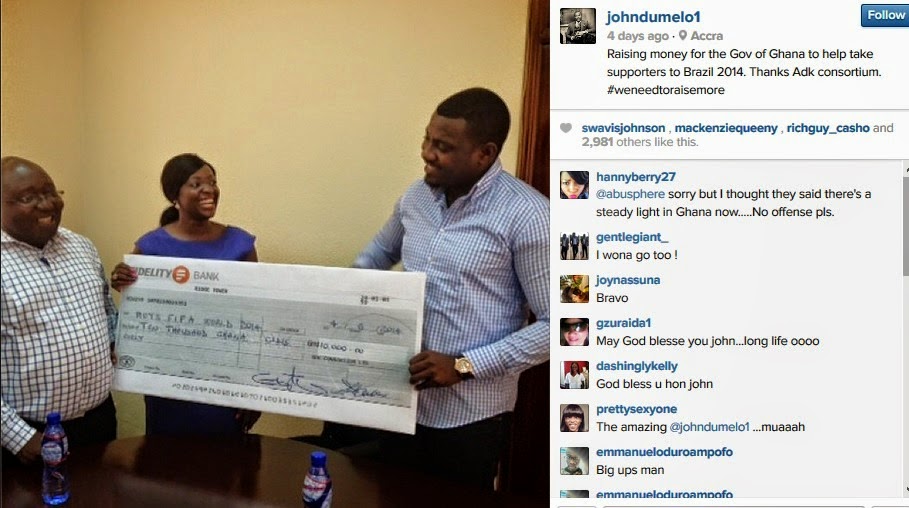 John Dumelo,  one of Ghana’s ambassadors for the Brazil 2014  World Cup , has revealed that so far,  he and his colleague ambassadors  have solicited for over $ 2million. He  was speaking to Andy Dosty  on Hitz FM about how much the ambassadors have been able to raise. He answered, “I can’t give you the actual figure because I don’t readily have all the documents in my hands but I can tell you that we have solicited well over $ 2million dollars”

John went further to reveal that their ambassadorial work is purely voluntary – they received no pay. “On the letter of appointment, it was indicated that it’s a voluntary work. There was no pay in it”
John ended. John recently shared photos of a ghc 10,000 cheque he raised from ADK Concortium saying: “Raising money for the Gov of Ghana to help take supporters to Brazil 2014. Thanks Adk consortium. #weneedtoraisemore”

Watch the Minister of Youth and Sports, Elvis Afriyie Ankrah reading out the letter of engagement for fellow ambassador, Jackie Appiah