Man Jailed For Attacking ECG Staff With Cutlass In Kumasi

Written by Gossipghana on August 9, 2014 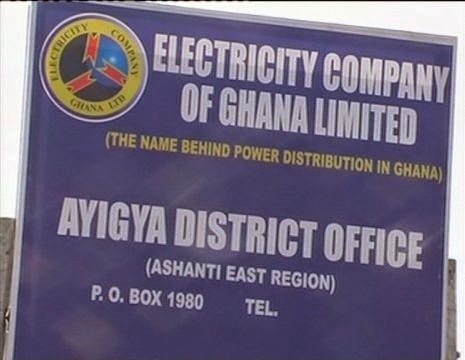 A businessman, who attacked an employee of the Electricity Company of Ghana (ECG) with a cutlass for disconnecting power to his house, has been sentenced to 15 years in prison by a Kumasi Circuit Court.

Steward Frimpong, 40, was convicted after he pleaded guilty to the charge of causing harm.

Police Inspector Gulliver Kwabena Tenkorang told the court presided over by Mr William Boampong that the incident happened on May 12, at Breman UGC.

The victim, Abdulai Safianu Musah, together with his co-workers had gone on a routine duty of disconnecting electricity supply to customers indebted to the company.

On entering the house of the convict, Musah saw an illegally installed electricity meter and moved in to disable it.

That angered Frimpong, as he picked a cutlass, chased Musah and attempted to slash him in the head.

Musah used the hand to block the strike and in the process had his middle finger cut.

The prosecution said the victim was rushed to the hospital and a formal report was made to the police.

Frimpong in his caution statement claimed he had been attacked by Musah with a bottle and was forced to use the cutlass defend himself.