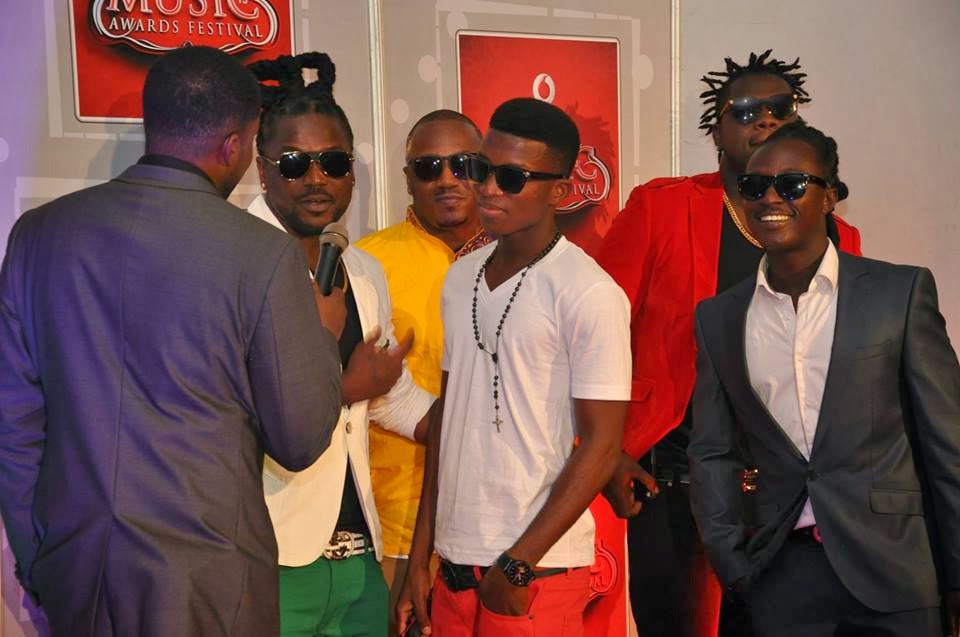 This is press statement from Samini’s record label Highgrade Family. The record label is not happy about nomination list hence this long letter to Charter House, organisers of Ghana Music Awards. In the below statement, they seek answers for some questions and asked the board to show Mark Okreku Mantey  exit from the jury.

Over the years, there have been numerous controversies surrounding Charter House/Ghana Music Awards, the constitution of the board and consequent nominations thereof towards the annual Ghana Music Awards; all past sponsors are herein acknowledged.

However, of particular interest is the seemingly growing trend of Conflict of Interest that plaques the Board and its decisions, with traces to specific individuals such as Mark Okraku Mantey and the growing aspersions in the definition of categories, who qualifies and per what standards of criteria are followed per norms as pertains in other jurisdictions with emphasis on our very own turf.

Of particular concern is as per a quote by Enoch Sarpong, a showbiz critic on facebook { Apparently Mark Okraku Mantey’s artiste KUMI GUITAR isn’t a NEW ARTISTE….His FIRST VERSION of “break into two” song was released 2years ago….and was produced by SUGARTONE..}

Questions need to be asked:

1. As a private entity with due regards for the Ghanaian Laws, is Mark Okraku a manager/afilliated to an artiste known as “Kumi Guitar” and does this constitute a conflict of interest?

2. Are the guidelines for nominations particularly “New Artiste of the year” explicitly clear to warrant an exclusion of Kofi Kinaata in same?

NB: the Number of shows performed by Kofi Kinaata, an artiste of HighGradeFamily, Interviews including on Dj Blacks Weekend shows… Airplay of his various songs et al as against the other categorized in “New Artiste of the year”

3. Per the assertion by Enoch Sarpong (verifiable) that Kumi Guitar first released/promoted a song 2 years ago constitute a wrongful categorization of the said artiste and therefore requires a review of nomination(s) given the level of public agitation?

4. Will Charter House and the VGMA Board for the first time, recall their decision, address and reannounce categories and nominations particularly those in question, for us” excluding Kofi Kinaata our Artiste from the New Artiste of the year category)?

5. Will Charter House and its allied Bodies act on Mark Okraku Mantey’s abuse of conflict of interest provisions as affecting a general body and its decisions by excusing him from any further activities; By explaining the criteria on nominations for New Artiste thereby excluding our Artiste “Kofi Kinaata”; Will all parties consider brand effect on supervising a clear case of conflict of interest(legal issue) involving Mark Okraku Mantey, member of the VGMA board, whose self glorification seems to make him a touch not in Ghana Music Industry and on what basis he does so?

We will require answers, as these will go a long way to maintain some credibility in the Annual Event that highlights the best of Ghanaian music. The Media must help set things right.