Theresa Onnen﻿ has confirmed to Graphic Showbiz  that she and Elikem have been dating and that she is pregnant for Elikem Kumordzie. The tailor﻿. She said: “I am two weeks pregnant for Elikem. We fell in love the very first day I met him at the launch of my clothing line of which he was part of the models. We exchanged numbers and we started a relationship from there. It is barely a month since we got to know each other but anyone who has seen us together would think we have been dating for more than two years, simply because we click,” she said.

According to Theresa, Elikem is mature enough to take decisions by himself. “I don’t know why anyone should have problems with me. For some days now, family members of Elikem and friends of Pokello Nare﻿ have been disturbing me with phone calls to stay away from Elikem but all I tell them is we are in love and no one can stop us”.

Asked whether she has spoken to Pokello, Theresa said, Pokello rather called her insulting her to leave her boyfriend alone. A mother of two, Theresa said Elikem is the best person to decide who he wants to be with and once Elikem has settled on her, there is nothing anyone can do to change her mind. “If Elikem tells me he is no more interested in me, then I will understand that I am the loser and back off but for now, we are happy together.”

Eish this woman!!! But Elikem must really be potent down below to get Theresa pregnant already within this  short space of time.

Pokello and I are still happily together. This sh*t is insane. What has polikem done to these people. I love my wife. Period.

Showbiz Ghana- Polikem is a mother fucken Brand. When we break up we will inform u, not the other way round! Good day! 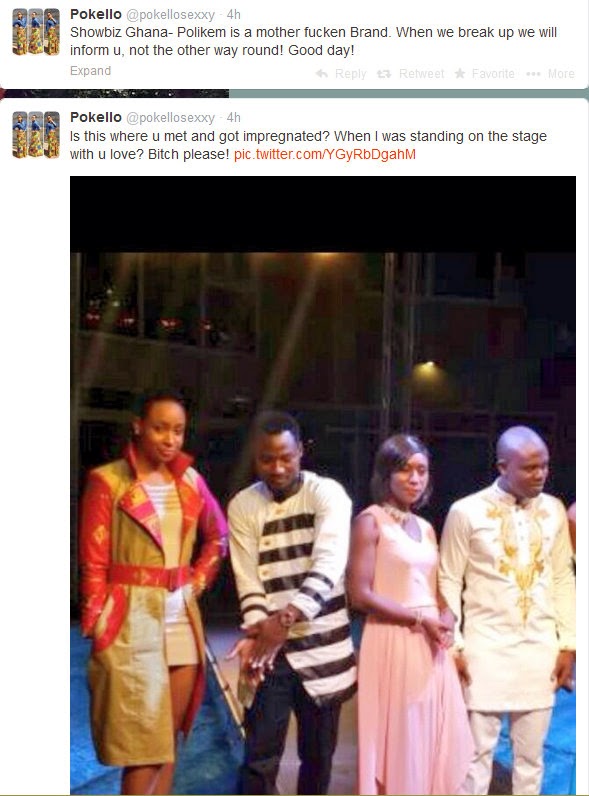 Is this where u met and got impregnated? When I was standing on the stage with u love? Bitch please! pic.twitter.com/YGyRbDgahM
— Pokello (@pokellosexxy) March 17, 2014 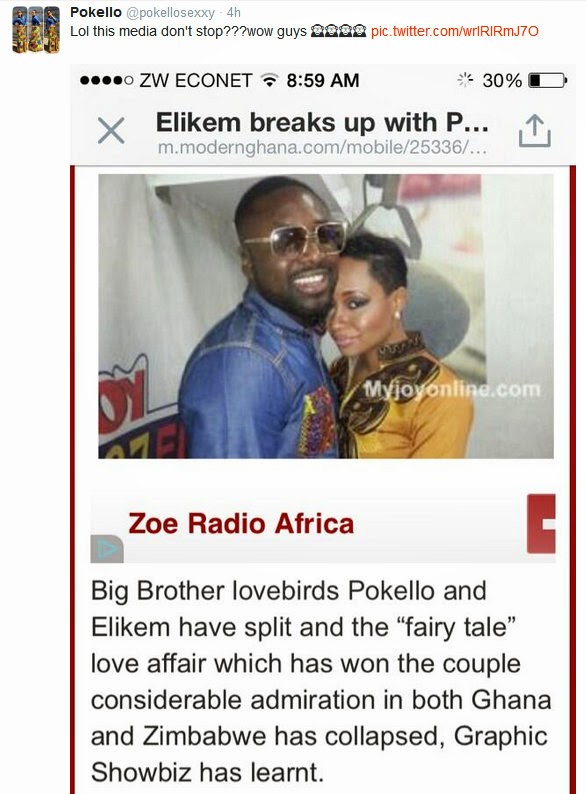