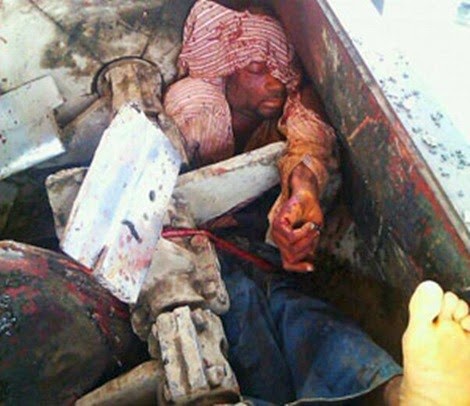 A worker of Devtraco Limited, a Ghana-based real estate company at Community 25 in Tema, Greater Accra Region, met his untimely death when he was grinded to death last Thursday by a concrete mixer.

The deceased, who was identified as Effam Graham, was said to be cleaning the palm mixer at the block factory department of the real estate company when the machine suddenly began to work, crushing him in the drum.

The rollers in the mixer, which revolves to mix the cement combination, reportedly squeezed him until he passed on.

Deputy Superintendent of Police (DSP) Paul Mensah Bampoe, Prampram District Police Commander, confirmed the incident to ‘Daily Guide’, saying that his Command had launched an investigation into the matter.

He expressed surprise about the mysterious circumstance under which the machine began to work since according to him, the concrete mixer could only work when the switch, which is distant away from the machine, was turned on.

The District Police Commander believed the deceased was unlawfully killed since the machine was put off before the cleaning was begun, assuring that police would do all that they could to investigate the suspected murder.

Workers of the company were traumatized after the incident as information gathered was that a psychologist was called to the scene to psyche the workers up.

According to information reaching Daily Guide, a worker of the company at about 9:55 am that Thursday spotted the deceased in the mixer and raised an alarm which attracted other workers and management of the construction company to the scene.

The Ghana National Fire Service (GNFS) at Dawhenya in the Ningo-Prampram District of Accra, was immediately called to the scene to take the man out of the drum.

Graham’s corpse has since been deposited at the Tema General Hospital morgue pending autopsy and onward burial.