The Spirit Of Entitlement – Getting Money For Doing Nothing 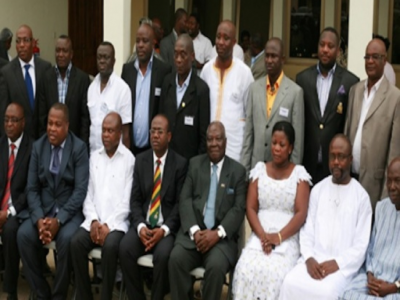 I am sure that you must be confused by the following headline and you would probably be even more confused after I put down this quote; ‘Give the Devil an inch and He would grab a mile.’ Perhaps the remix of this particular quote (apologies to all the top DJs in Ghana and beyond) would be ‘Give a Ghanaian some money and he will not only ask for more, but do everything to get more than his compatriot.’

Before I get into the thrust of this article, you would have realized that 95% of the time, when you frequent a particular place, after a while, the security officer in charge of the place will summon
courage and approach you when you are about to drive away and some of the common refrains are as follows; ‘Boss, It’s the weekend oooo’, ‘It is cold this evening, boss’, ‘So you are going just like that?’ Meanwhile such security men as supposedly paid every month as well.

More than a year ago, I was leaving Accra for Kumasi for a check up and after I was checked in at the counter, I was surprised to hear the lady at the counter ask me, ‘So won’t you give me something for breakfast?’ After expressing my surprise at the request, I slipped her a currency note. She seemed a little embarrassed, especially as one of her supervisors was walking by. This was after the security officer at the car park had asked me to give him some money after I had parked the car there.

Before I further compound your confusion, let me zoom in on the Executive Committee of the Ghana Football Association. When Ghana qualified for the World Cup for the first time, the GFA tried to arrange for every Executive Committee member to fly to Germany to watch the Black Stars in action.

Eventually, there were disagreements over the per diem paid, but the spillover effects were that almost everybody on the various committees of the GFA was now expectant that for every foreign trip involving any of the national teams, they were entitled to be on some of the trips.

Matters worsened when for the 2010 World Cup, apart from the Executive Committee members (24 in all), top club officials and other influential members of some of the committees were also sponsored to go to South Africa and I know that some of them had issues with some of the living quarters. Again, the GFA had spent a lot of money and at the time, I kept asking myself why. Was it to win more votes and to stay in the good books of Congress members?

I served on the Division One League Board between 2011 and 2013 and because of that I was going to the GFA every Tuesday. As a result, i got to hear conversations going on and it was clear that that most members of the various committees were not happy that their colleagues were getting the chance to travel for international tournaments and receive all the attendant per diems.

Indeed, someone made a remark to the effect that if he did not get on any trip, he would simply sit down and just collect his allowance at the end of the month. So gradually, many people are pretending to work on the various committees in order to be handed the perks of travel.

I also witnessed something similar when I served briefly as the Administrative Manager of the Ghana League Clubs Association, when at one Executive Council meeting, one subject of discussion was how to get slots to travel to Brazil for the 2014 World Cup.

With the revelation by Graphic Sports that 18 members of the Executive Committee were each given $2000 as compensation for not travelling to Brazil, coupled with the fact that some of such members are reportedly unhappy that their colleagues (Emergency Committee members) would be getting at least thrice what they would be getting, because of the attendant per diems and so on, the avenue for serious questions to be asked has been created.

My point is simple. Why has the GFA laid a metal rod for its back by such expenditure? Should members of the Executive Committee be paid such sums for practically doing nothing in this regard? What amazes me is that the $36,000 payout was taken from the money government used to pre-finance the Black Stars’ entire 2014 World Cup campaign.

So what is the justification for such expenditure? Is it by force that the GFA funds travel for many of its big wigs? What about strengthening the backroom staff instead? Why have priorities been so misplaced?

The more I think about this, the more I get convinced that the player agitation for their appearance bonuses and in cash as well during the World Cup was in part instigated by some of the GFA bigwigs and I can bet my last pesewa that for a few of them, getting their per diems meant a lot more to them than seeing the Black Stars progress during the competition.

I am not sure whether this was one of the items discussed at the recent football retreat organized by the Ministry of Youth and Sports, but if I may add my voice on this issue, the practice of spending such monies should cease forthwith!

The more this continues, the more the GFA loses respect in the sight of the players who probably believe that they are viewed as a mechanism for making and spending money.

What is even more worrying is that the suspicion is growing that, with the exception of a few elite players, majority of members of Ghana’s World Cup squad had to part with some of their appearance fees and ‘sort’ out some bigwigs present. It is a vicious cycle that would lead no one anywhere!

Let us for one put the nation first and ourselves second. After what happened in Brazil, this is one of the biggest lessons we have to learn as a nation. When you try to please everyone you end up pleasing nobody and that is precisely what the GFA ended up doing.

Such expenditures would have to stop otherwise there will come a time when people expect much for doing absolutely nothing at all!